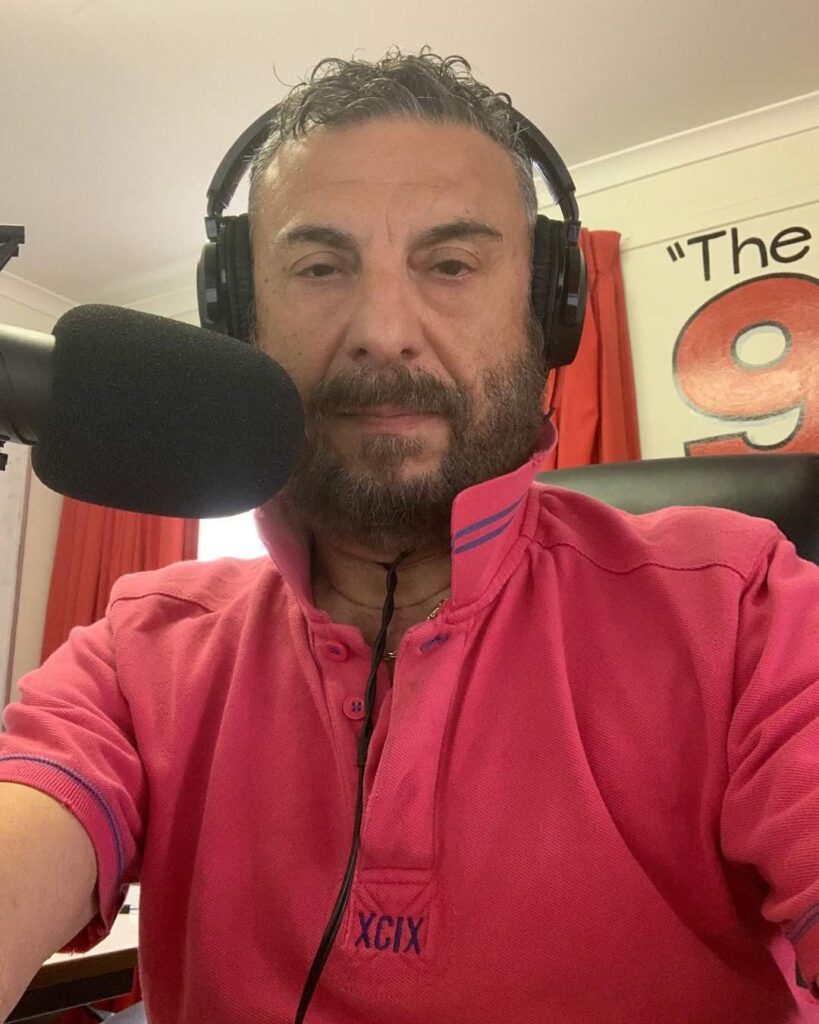 Background: John La Riva (aka Sal) was born and bred in Griffith and grew up in an Italian immigrant family. He has a great knowledge of the Italian language. John spent all of his schooling at Hanwood Public School and Griffith Highschool. He is currently working as an accountant at De Bortoli Wines, having been there for 25 years. John is married to Rita and has two beautiful adult daughters. He also has a very keen passion for cooking and gardening.

Sal, is the name he has chosen to be known as on the radio, which is derived from his first Christian name of Salvatore. John has been involved in sporting clubs in the past and was treasurer of the Yoogali Soccer Club in the 1980’s, and also was treasurer of the East Griffith Pre-school in the 1990’s. Currently, he is the treasurer of the De Bortoli Social Club. John started as a presenter at 2MIA FM in 2017.

Music Interests: John grew up in a musical family with music playing all the time. His father was a self taught harmonicist, organ and piano accordion player, and his brother is a drummer and singer in a popular Brisbane band. “I enjoy all genres of music but especially enjoy music from the 60s, 70s and 80s. Music takes you to many places, sometimes nice, sometimes not so nice. This is a saying I like, it reminds me of different situations in the journey of my lifetime”. John also enjoys singing karaoke and dancing, and attending music concerts/musicals. Radio is something that he has wanted to do for a long time and he is very much enjoying his new adventure.

Programs: John presents the program Sounds of Sal every Monday evening between 8pm and 10pm.