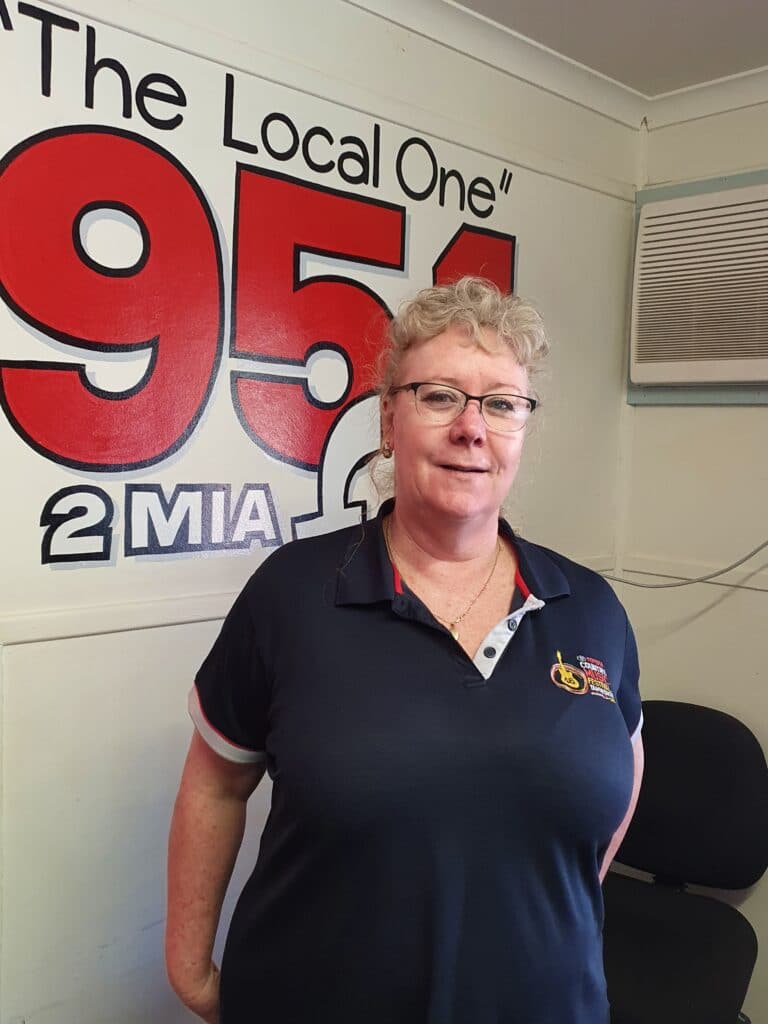 Background: Kim and Peter Callaghan both moved to Griffith from Brisbane in 2008. Kim was born and bred in Mildura, and Peter hails from Brisbane originally. Peter is a truck driver who enjoys listening to his favourite music on those long voyages. In the spirit of giving, Peter was a volunteer fire fighter in Queensland and Kim is currently the President of Country Hope, an organisation which helps families with children diagnosed with cancer. Kim began presenting on radio with the BBQ Mix program, eventually forming her own program, Winging It, with husband Peter.  Kim also presents with Brodie on a Saturday Night for ‘Gotta Love It’ as sponsored by Berton Vineyards.

Music Interests: Kim is a professional vocalist who released her debut album, From the Heart, in 2017 with collaboration from Roy Calabria. She has found inspiration from artists such as Bette Midler, Linda Ronstadt and Celine Dion. Her full repertoire can be found at www.kimsmusic.com.au. When presenting at 2MIA FM, “I love sharing the music I appreciate and that energises me”. Peter enjoys artists including Elvis, Robbie Williams and Allan Jackson to name a few, whilst also connecting to music of many genres from the 1980s and 90s. On the radio, Kim and Peter present a relaxed Tuesday evening program which incorporates the music that they love, mixed with entertaining chat.

Programs: Kim and Peter present their program Winging It every Tuesday from 6pm until 8pm and Kim presents Gotta Love It with Brodie every Saturday evening between 6pm and 8pm.