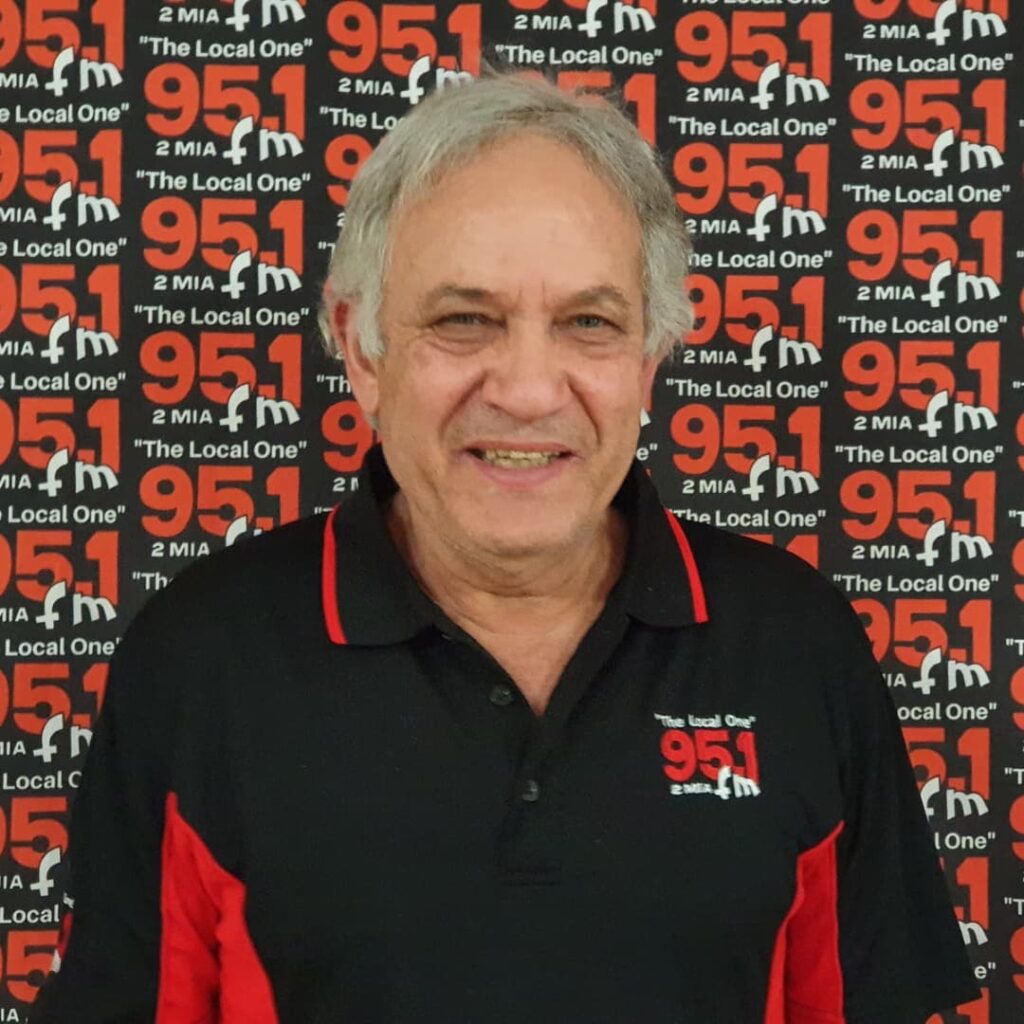 Background: Dominic was born and bred in Griffith, attending both Griffith North Primary and Griffith High schools. He worked in various roles, but mainly in administration, at TAFE NSW for over twenty years, only just recently retiring. Along side his busy work and family life, Dominic has maintained a long standing relationship with 2MIA FM, beginning as a presenter in the early 1990’s. Whilst he has never presented his own radio program, he has stood in for various presenters over the years and kept the radio station broadcasting live out into the community.

Music Interests: Growing up, Dominic was a fan of The Beatles and the Rolling Stones during the 1960’s. He recalls a highlight of his life was when he visited the Cavern Club in Liverpool England, which was where The Beatles played during their formative years. Whilst he still has a love of 60’s music, Dominic has broadened his music interests into more modern rock, notably Bruce Springsteen and Green Day, as well as many other rock artists, including some country music. “Music is the soundtrack of our lives, because I hear a song and it reminds me of my past.”

Programs: Dominic is a long standing member of 2MIA FM and fills in for various presenters.